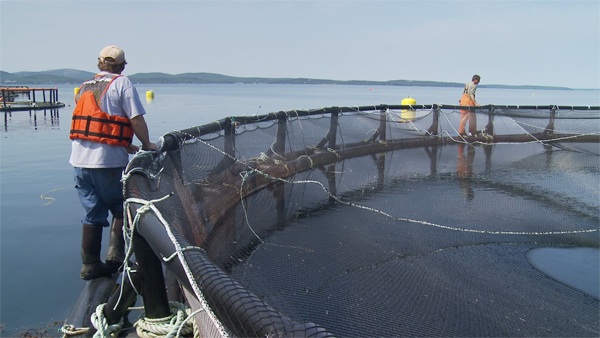 The Maine Aquaculture Association and Fieldstone Media invite you to be our guest for the documentary premiere of The Cod Academy. A short film featuring four Maine fishermen as they begin to learn about aquaculture, a new way to make a living along Maine’s coast.

Join us for an evening of mingling, film and discussion on the preservation of Maine’s working waterfront.

Maine’s traditional cod fishery has collapsed. Working waterfront communities along Maine’s coastlines are changing as fishermen struggle to continue their maritime heritage. Aquaculture may be one way for Maine’s commercial fishing families to continue their way of life. Featuring four Maine fishermen, The Cod Academy explores the viability and opportunity of cod farming off the coast of Maine.

In 2010, the Maine Aquaculture Association received federal funding from the National Oceanic and Atmospheric Administration to launch a pilot program on cod farming for the working waterfront fishermen of Maine. Over a period of five months, Fieldstone Media documented the program and produced a 27-minute piece called The Cod Academy.